The South West Opera Company Inc calendar kicks off each year in March with a performance at the Gibb Pool Amphitheatre.  The performances vary in theme and musical genre and are performed for a 300+ audience. 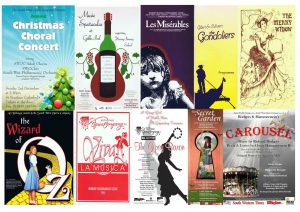 SWOC’s major production is always in Late June /July and can be a sole company production or a collaboration with ‘Vivace’ undertaking classical works such as the Messiah usually attracting a great deal of involvement from singers of other groups and people who just like to sing! 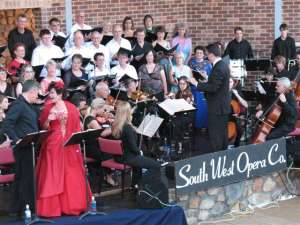 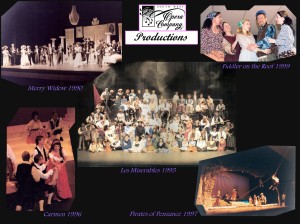 Another co-production of Les Misérables with the Bunbury Regional Entertainment Centre in 2005 gave a new generation of performers the opportunity of a lifetime. The company’s touring then continued with The Gipsy Baron before a year of concerts and vocal preparation for the 2008 season of La Traviata in concert.

Trial By Jury at Manjimup, Busselton and the Bunbury Regional Entertainment Centre in a community concert. 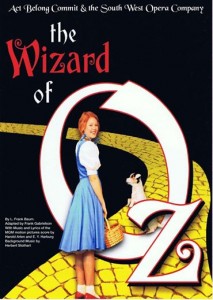 Oliver! at the BREC was a triumph for SWOC in 2009, 35 children making their debut with the company. So talented and keen were the children that Junior SWOC was formed immediately. The junior group performed in their new uniforms as part of To Mother With Love in May 2010 and then excelled in their own The Pirates of Penzance in November that year.

SWOC also completed a touring season of Highlights from Die Fledermaus and The Mikado in 2010-11.
A cast of 60 had a ball presenting The Wizard of Oz in 2011.

The annual Christmas concert in St Boniface Cathedral is a regular favourite with choir and audiences alike, with magnificent support from local musicians forming an orchestral ensemble on each occasion.

View further information and photo galleries of Past Performances